Behind the Scenes: Chasing the Light at Chimney Rock 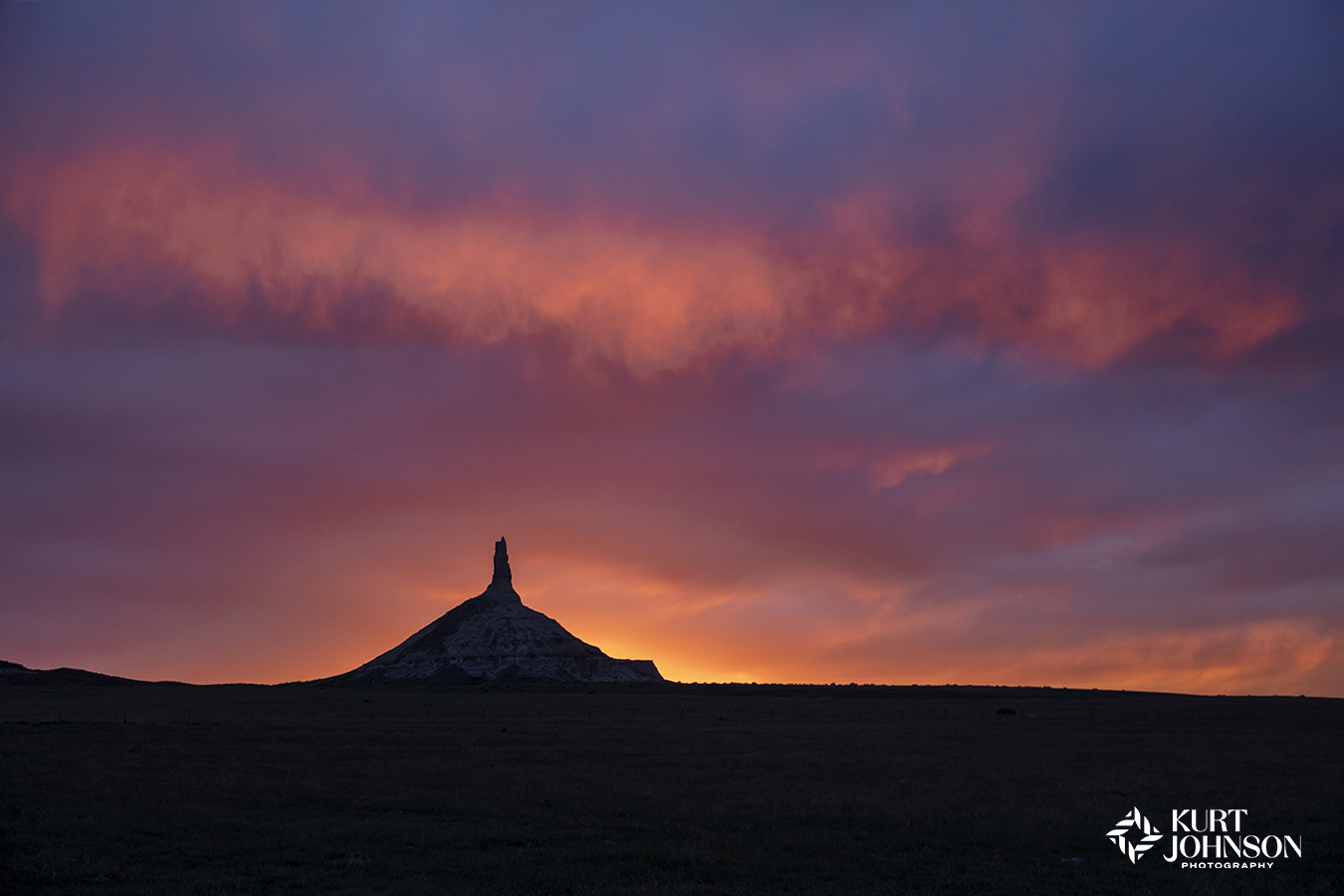 What are you passionate about?  What fires you up?

For me, it’s taking nature photographs. And being on the road, exploring new places, and working alongside other creatives.

The energy you get working with others in your field who share your enthusiasm is contagious.  Couple that with having a little patience and finding yourself in exactly the right place at the right time and the results can be spectacular.

That’s what happened to me and fellow photographer Jerred Zegelis on a recent trip to photograph Chimney Rock for an upcoming healthcare project. 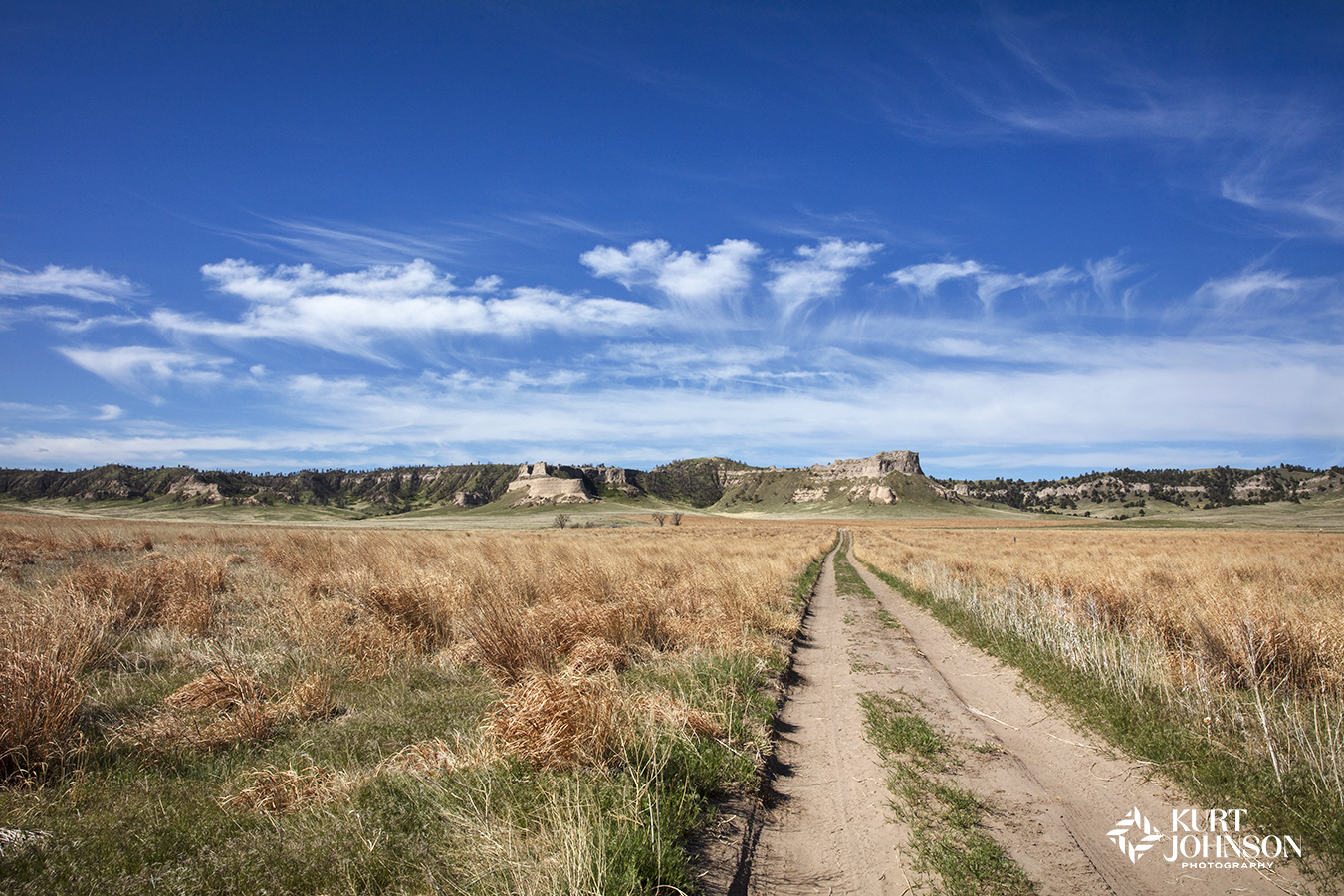 On our drive out to Western Nebraska, the sky was cloudy and gray.  We were there to photograph the iconic landscape of Chimney Rock but weren’t feeling particularly jazzed about how the light was looking.

We got to a high enough vantage point where I could see the sky for a long distance, and that’s when I saw a small slice of clear sky on the horizon.

I’m no meteorologist, but I’ve been shooting pictures long enough to know when the weather just might be shifting.

I told JZ, the way the wind was blowing, there was a good chance all those clouds would eventually move around the sun and, when it was setting, with that clear portion on the horizon, the light might be able to bounce up and hit the clouds from below and light them up like Vegas.

So we scoped out a few locations and waited.  Sometimes it works out and sometimes it doesn’t.  But you have to be willing to wait. 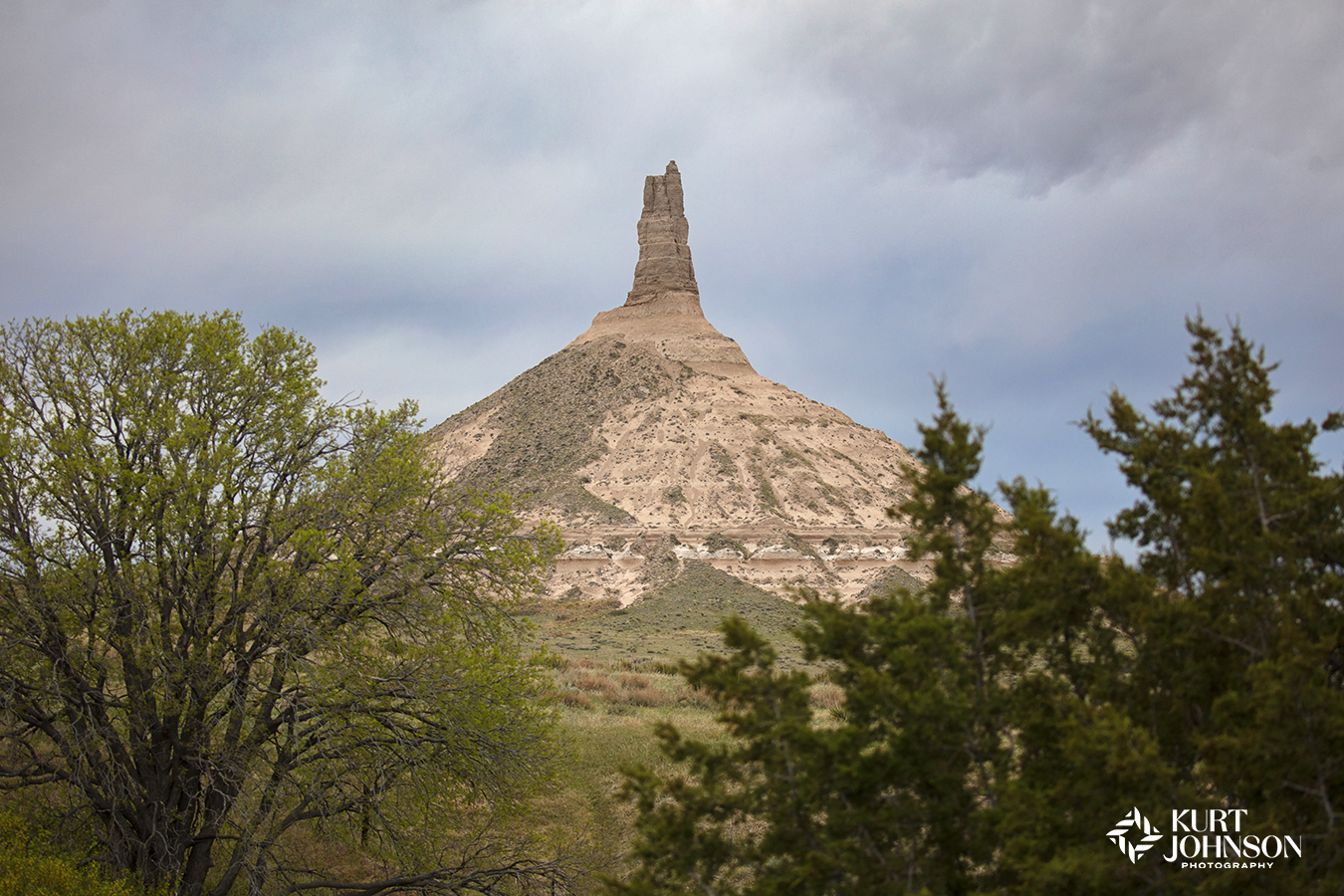 If I had seen nothing but clouds down the horizon, it probably wouldn’t have been as spectacular as it was.

But the sunset we witnessed was truly a gift.

I haven’t seen a sunset like that in Nebraska in years.  It was that unique.

Being so far away from the city and all the lights, the sky was clearer than what you would normally see.  We saw the warm glow of pink, orange and red light begin to illuminate the sky. Our hearts were racing and we started running around, getting low in the surrounding grass, and moving to different vantage points to capture this beautifully painted sky. 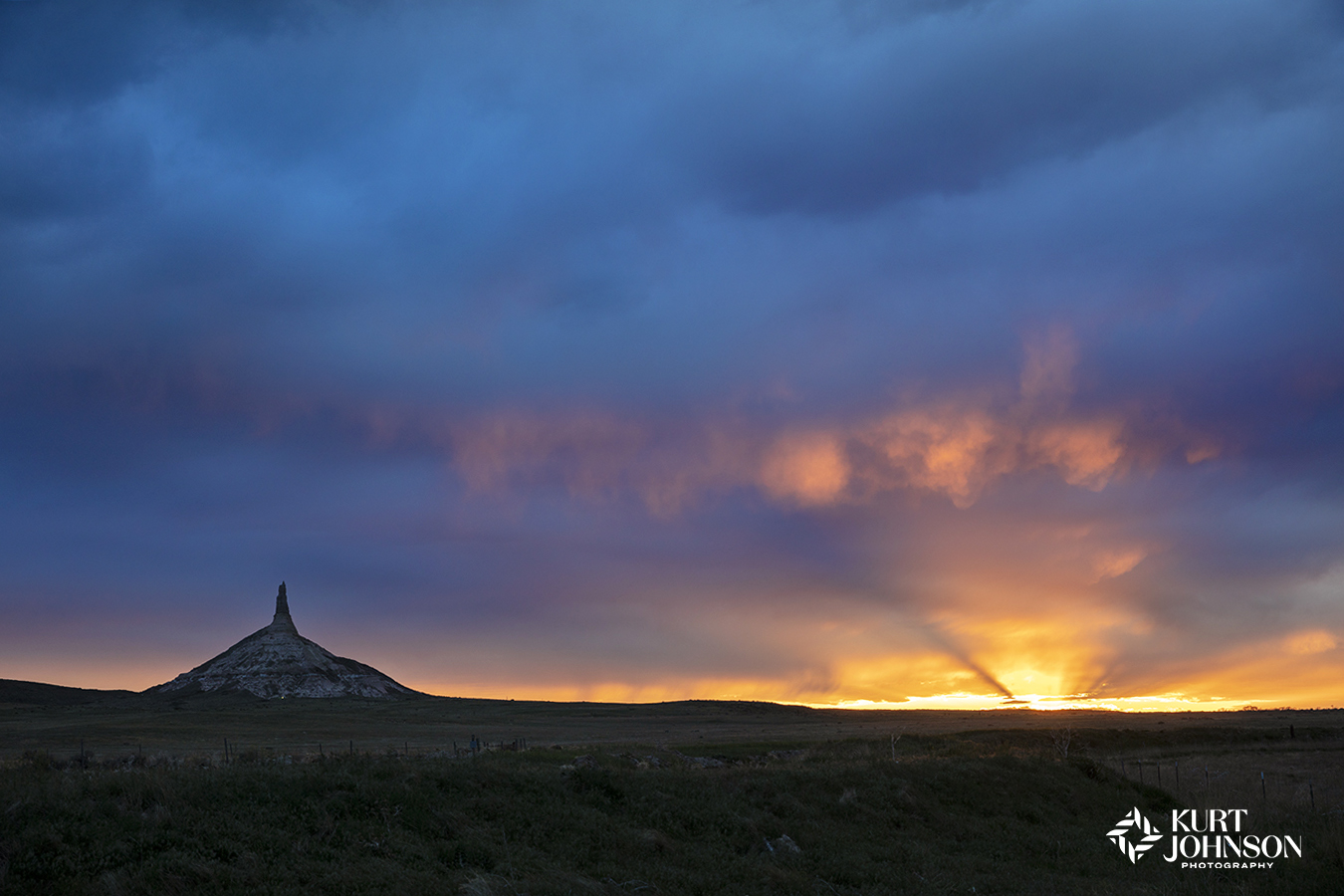 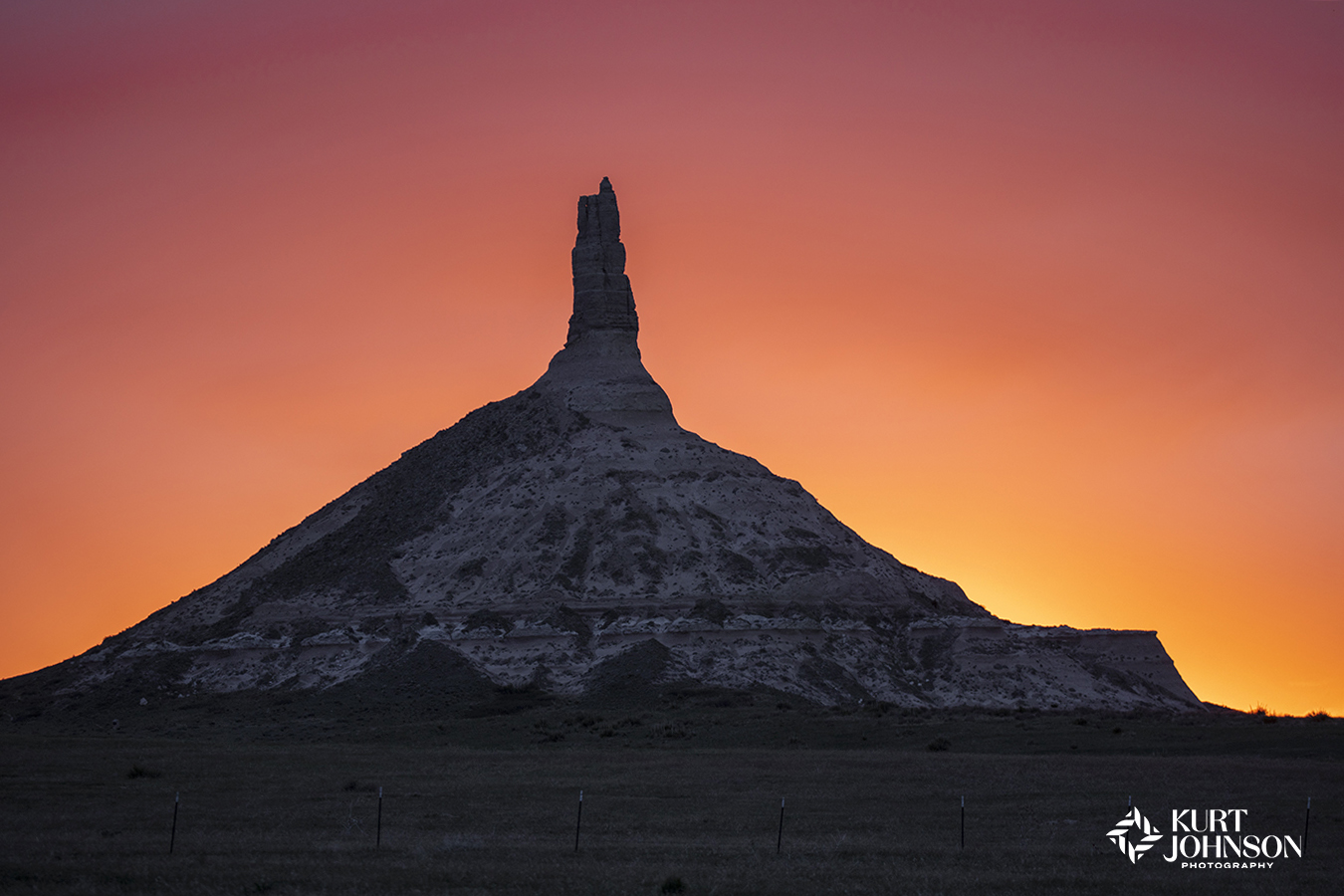 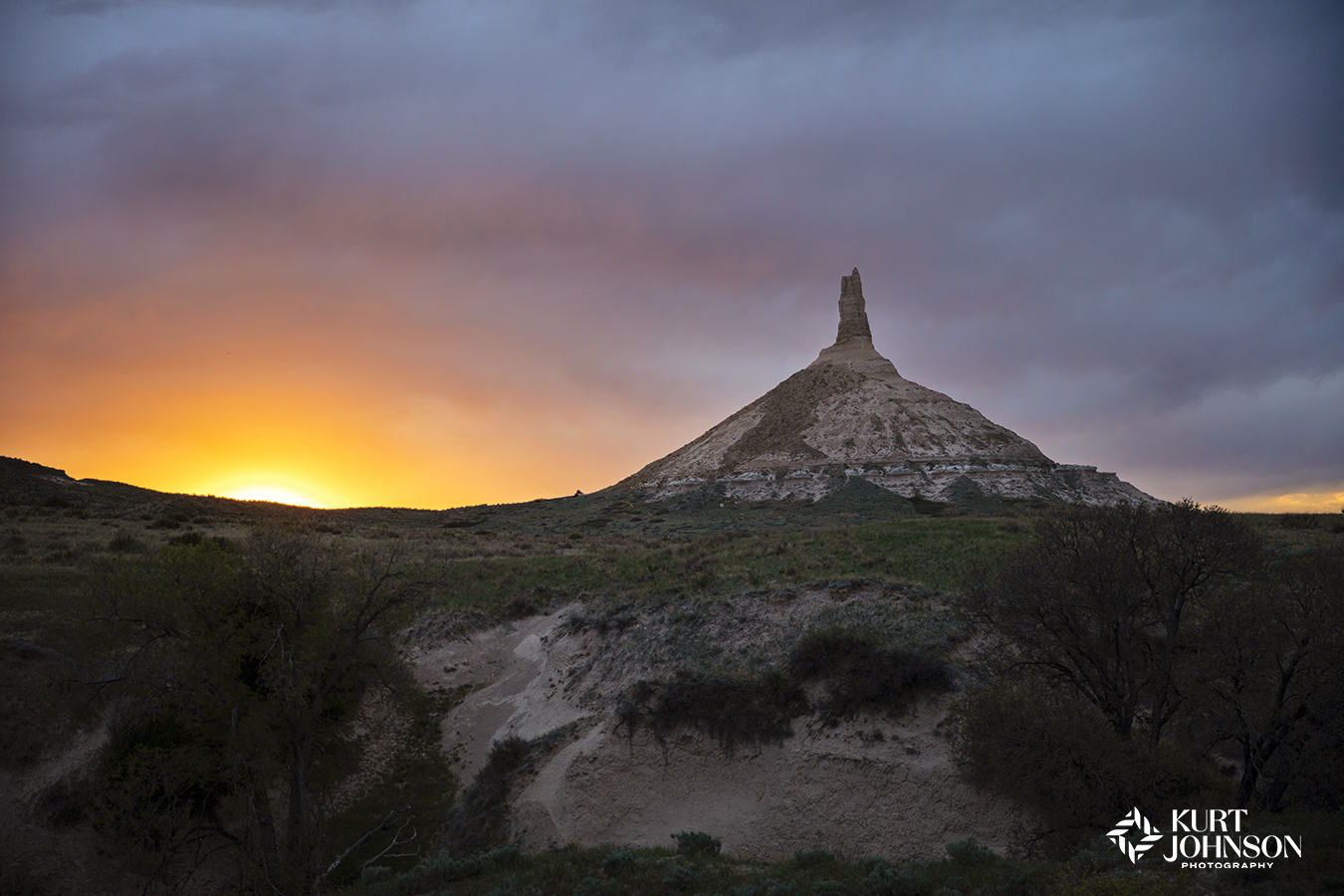 Did I just leave my camera somewhere?  Where the heck are the car keys?! We were giddy, running around like a couple of kids on Christmas morning.  The light was EPIC. 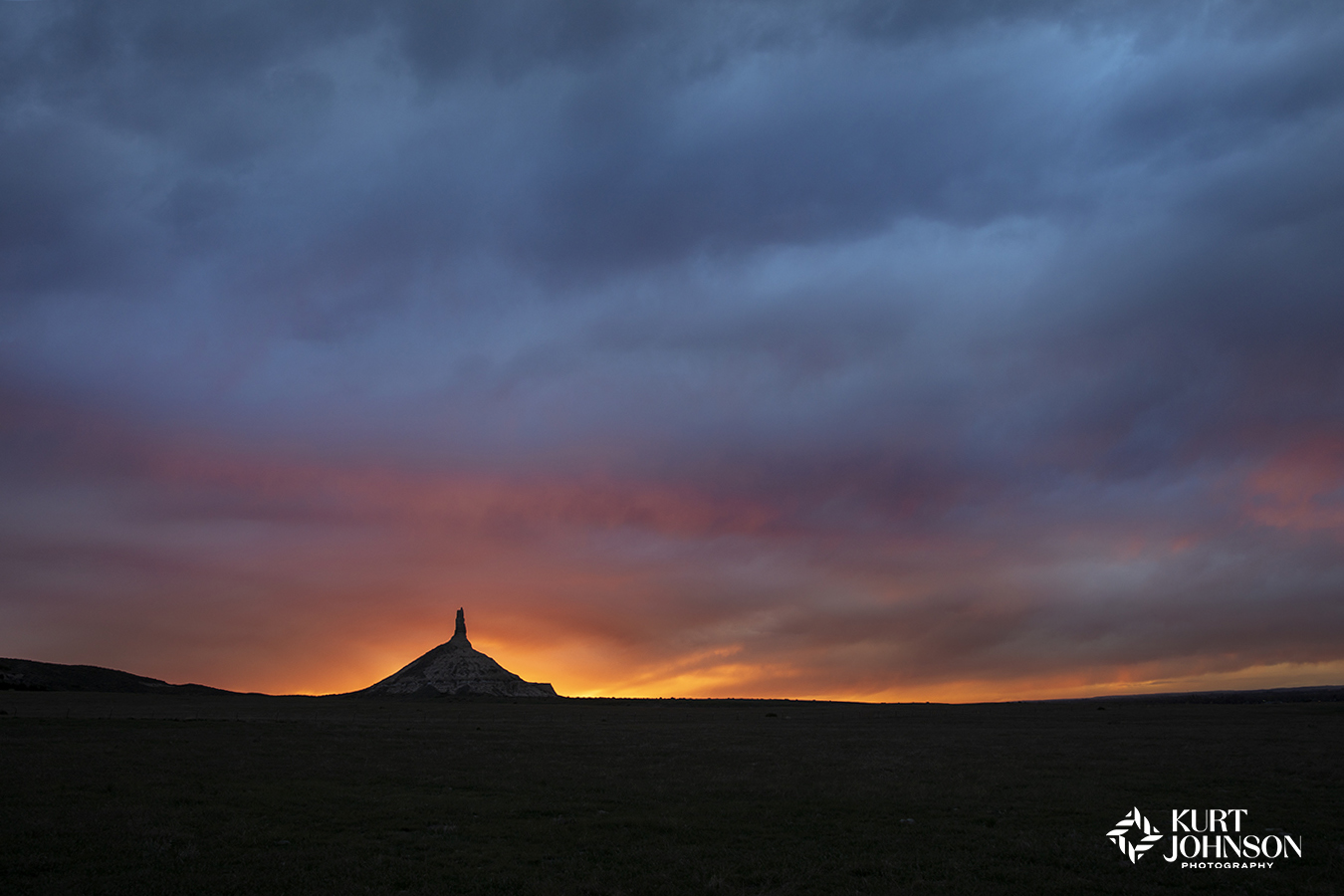 We jumped in the car and took more photos from different areas, wanting to capture various angles and perspectives of Chimney Rock.  We wanted to make the most of this breathtaking sunset.

The magic ingredients of our success . . . 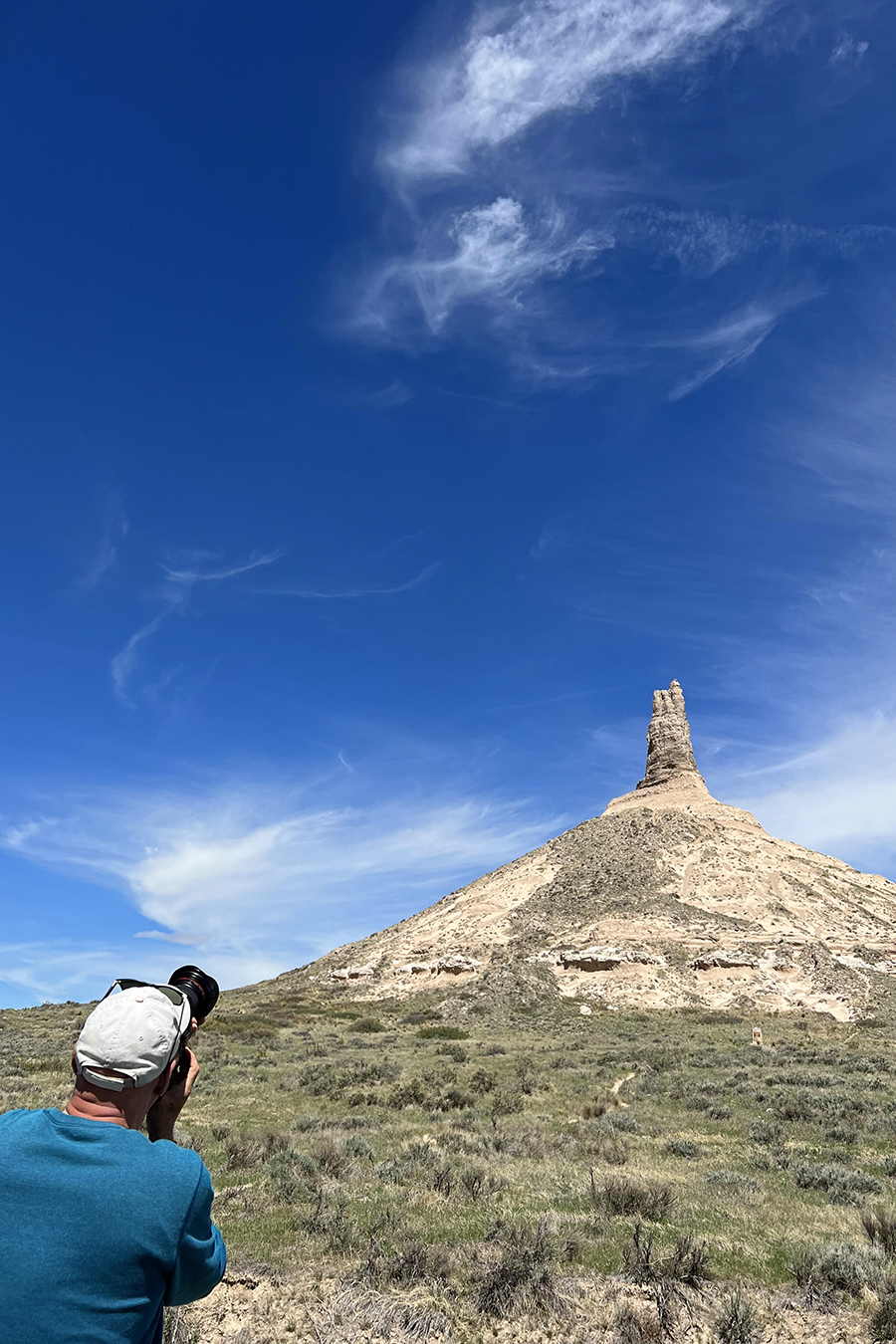 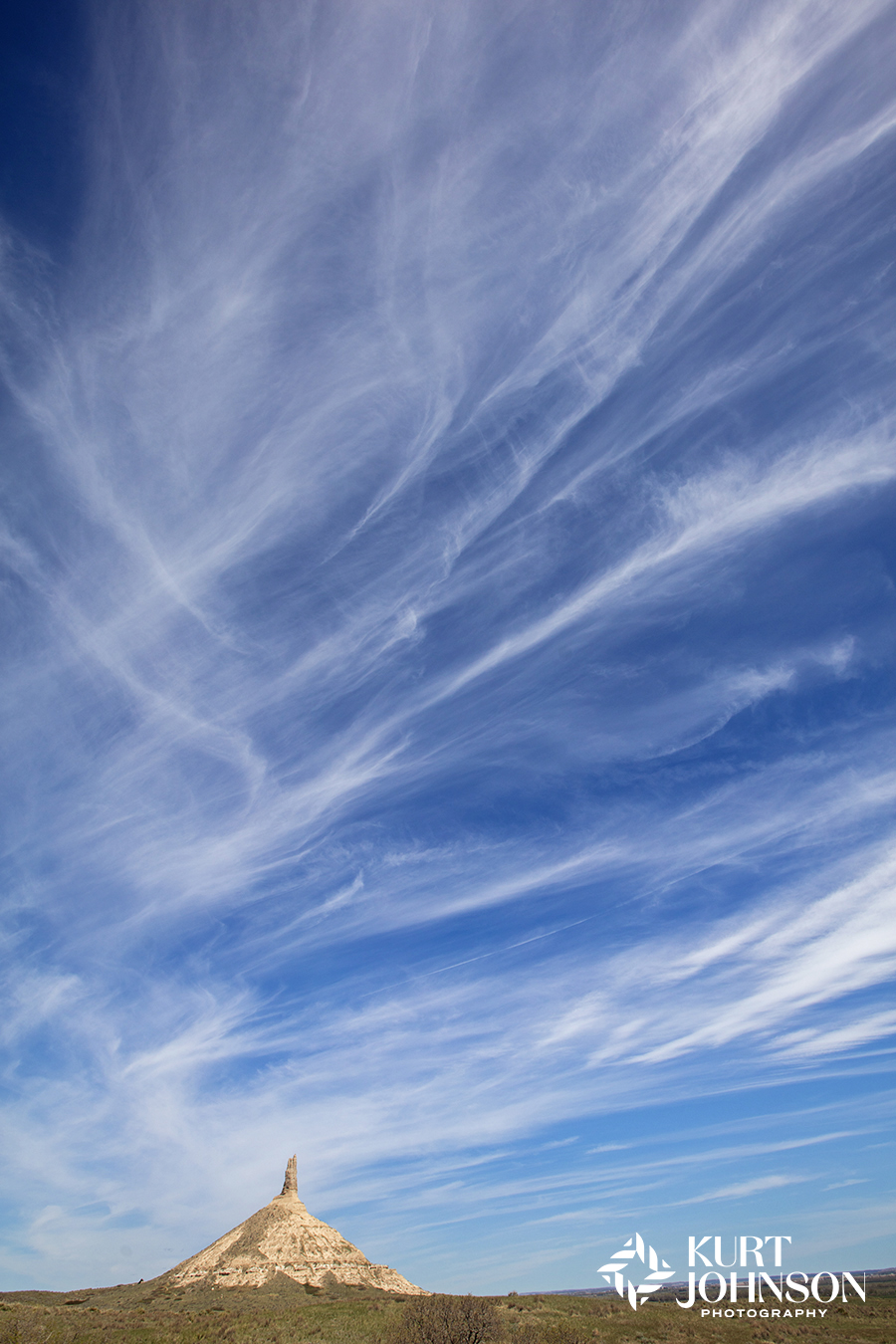 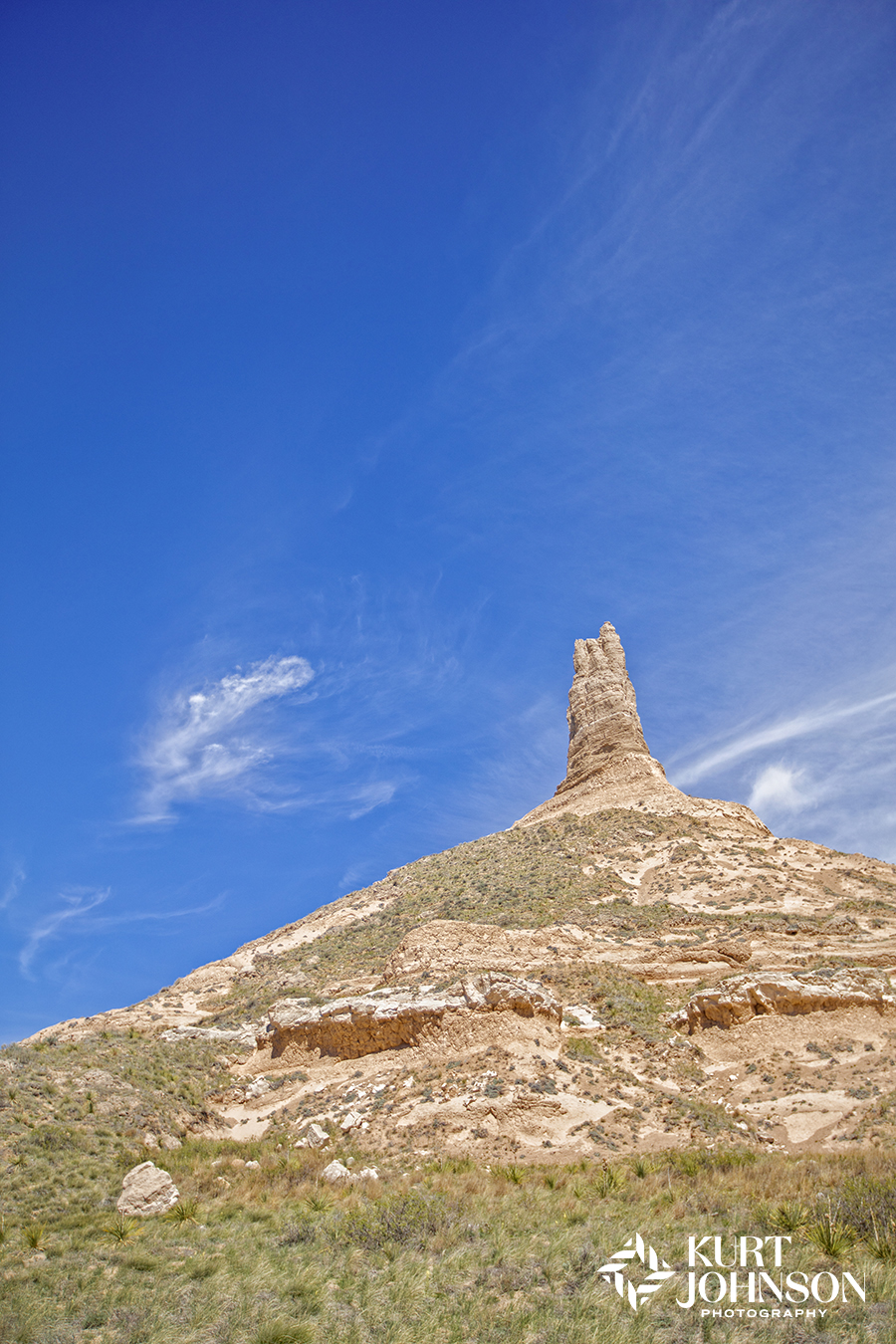 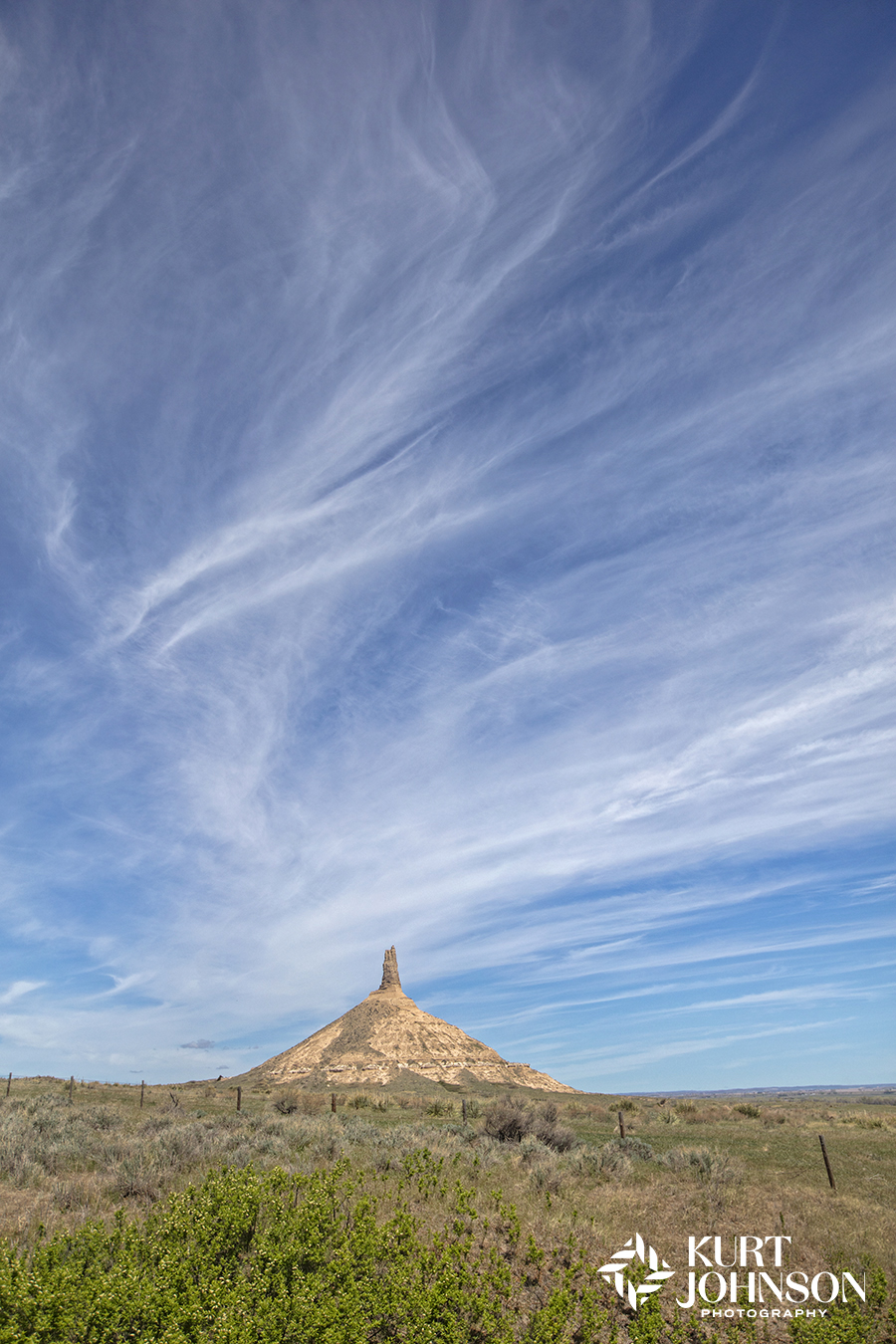 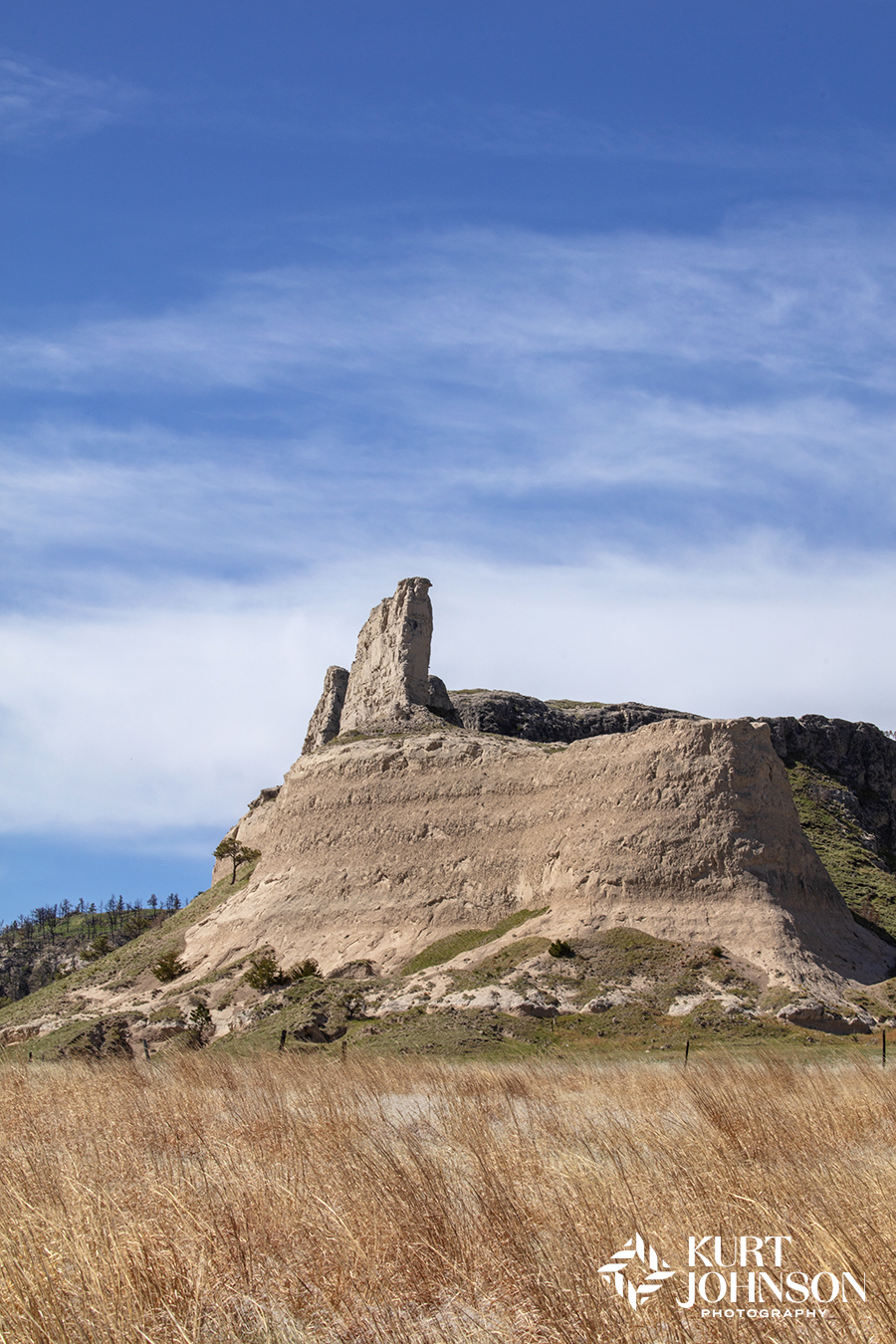 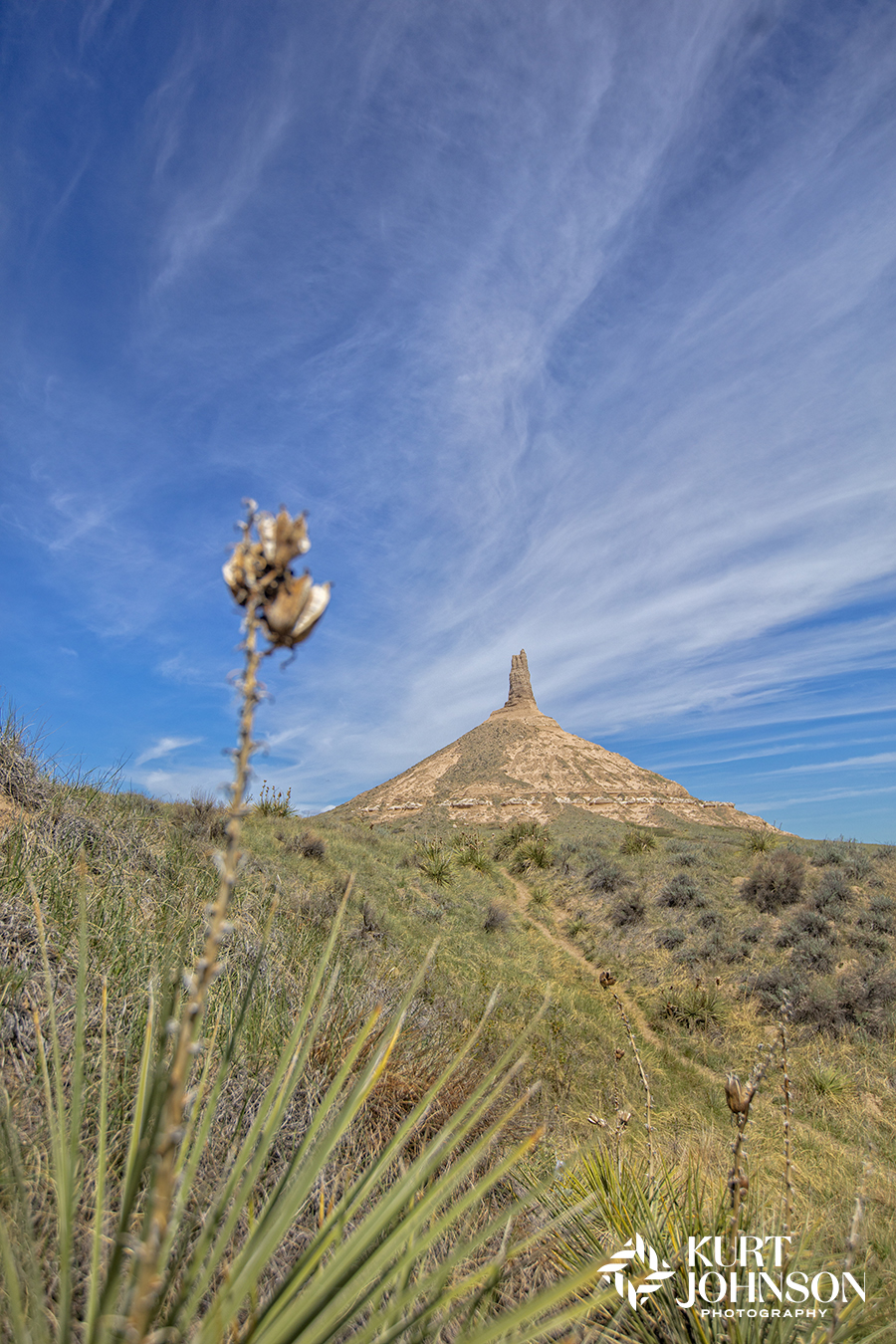 Our shared passion combined with some good old patience led to a breathtaking sky and some stunning photographs . . .  that will hopefully serve as positive distractions for those needing some soothing views to keep them calm and engaged during their next healthcare visit.

And of course, the experience had us immediately planning our next photo adventure.

Click below to see the video of our wild trip:

Categories: About Kurt Johnson, Behind The Scenes, Photography, Travel

Get a preview of Kurt’s newest images, his behind-the-scenes shenanigans, and the stories behind the installations. 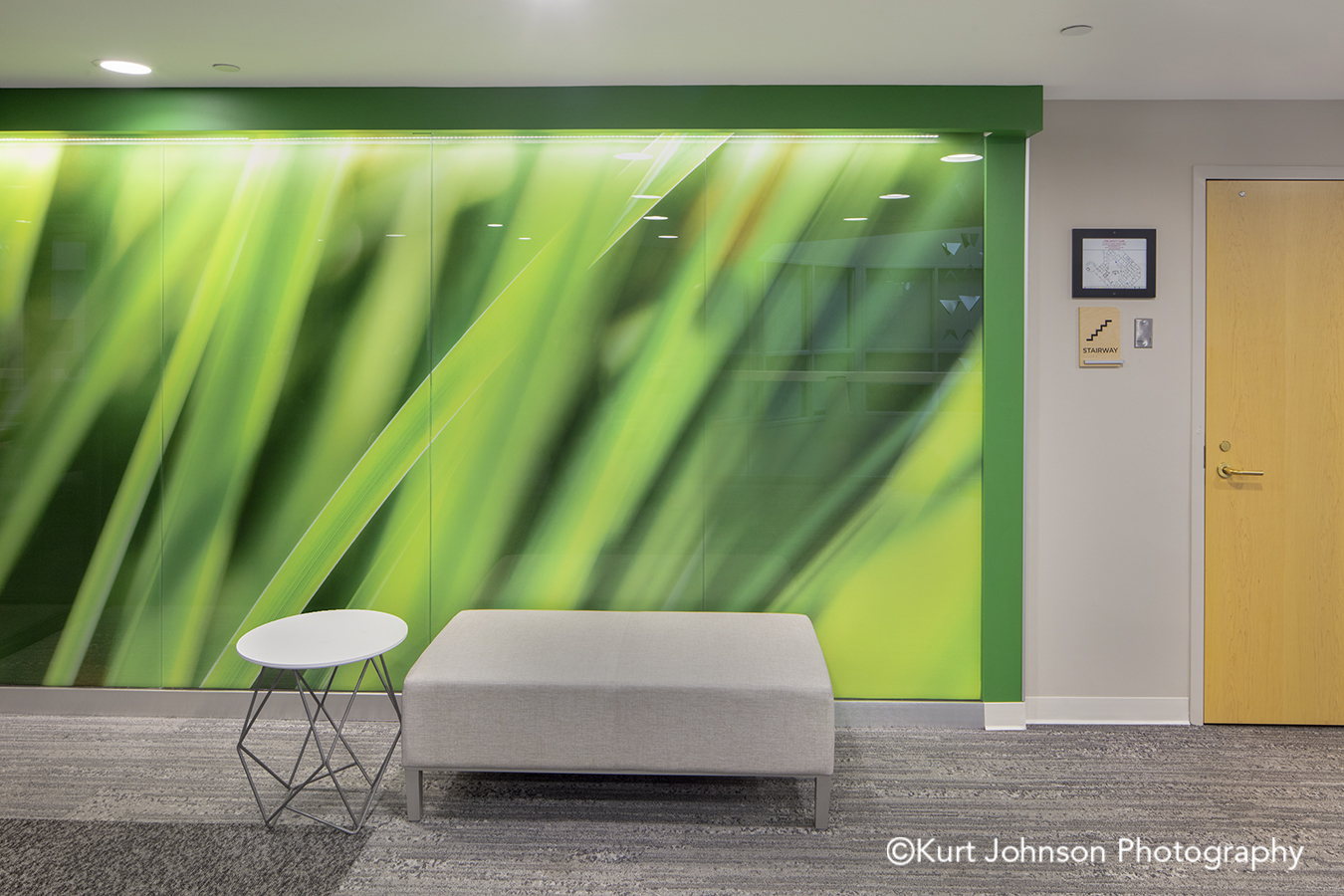 It's 2020. Navigating life during a pandemic is the new norm, which means you’re faced with an environment that is...

Presentation is Everything in Healthcare Design

We print our photos on lots of different substrates and have some wonderful, long-term partners, including Philip Frangenberg of Frameworks...